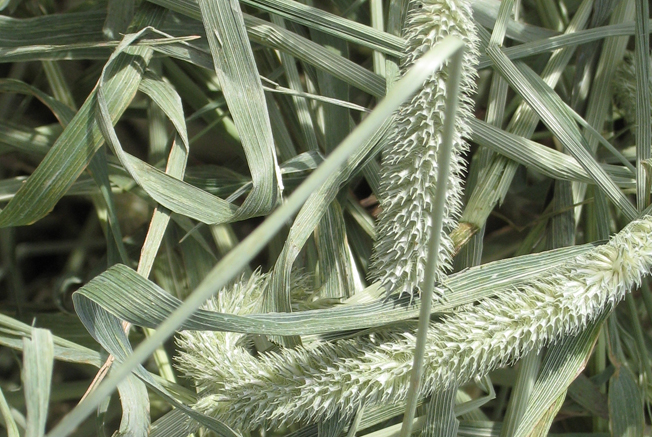 Introduction
Timothy (Phleum pratense L.) is a perennial, bunch-type, shallow-rooted, cool- season grass which is well adapted to the Northeast and upper Midwest (Table 1). Its shallow root system, however, make it unadapted to droughty soils. Timothy is popular in the northern half of Pennsylvania and most of New York because of its natural adaptation to moist, cool environments. Timothy stores energy reserves for regrowth and tillering in its haplocorm or corm (enlarged bulbous stem structure) at the stem base. Its energy storage pattern makes it a better hay crop than a pasture speciesDescription
Timothy is grown primarily for hay for horses but is frequently included in pasture mixtures. It is less competitive in a legume mixture than most sod-forming grasses and is frequently grown in a legume mixture for hay. However, special attention must be made to match the maturity of the timothy with the maturity of the legume to ensure timothy persistence and quality forage